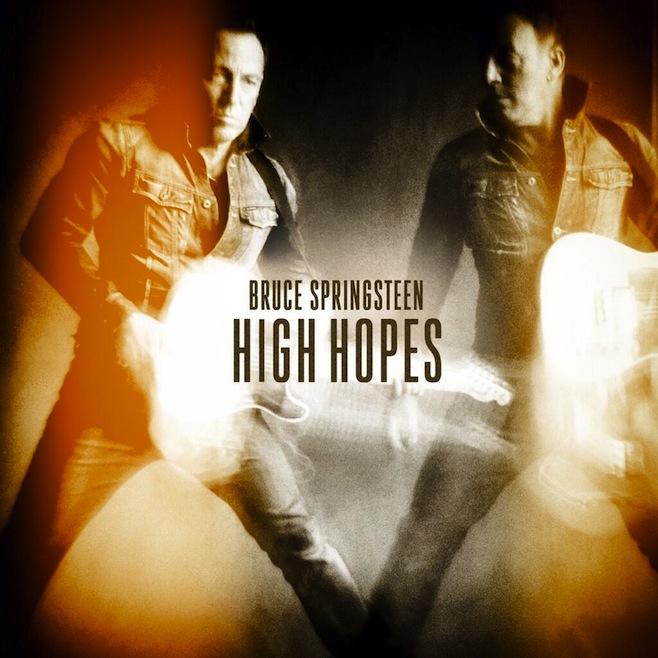 Bruce Springsteen follows up his 2012 album Wrecking Ball with High Hopes, out January 14 via Columbia. It's a collection of "some of our best unreleased material from the past decade," as Springsteen puts it in his liner notes.

High Hopes features collaborations with Rage Against the Machine's Tom Morello on several songs, including the title track, the video for which can be watched below. ("High Hopes", written by Tim Scott McConnell of the Havalinas, has actually been kicking around since Springsteen released it on the hard-to-find Blood Brothers EP in the mid-90s.) The album mostly features Morello on guitar, except on a reworking of 1995's "The Ghost of Tom Joad", on which he sings a duet with Springsteen. The late Clarence Clemons also appears on several tracks.

High Hopes also includes covers of songs by Suicide and the Saints.