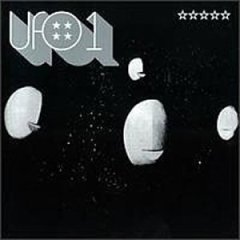 UFO 1 is the debut album by British rock band UFO.

The album was reissued under the name "Unidentified Flying Object" with 4 of the 5 tracks from the band's second album. This reissue incorrectly shows a photo of the band from the 1980s on the cover.